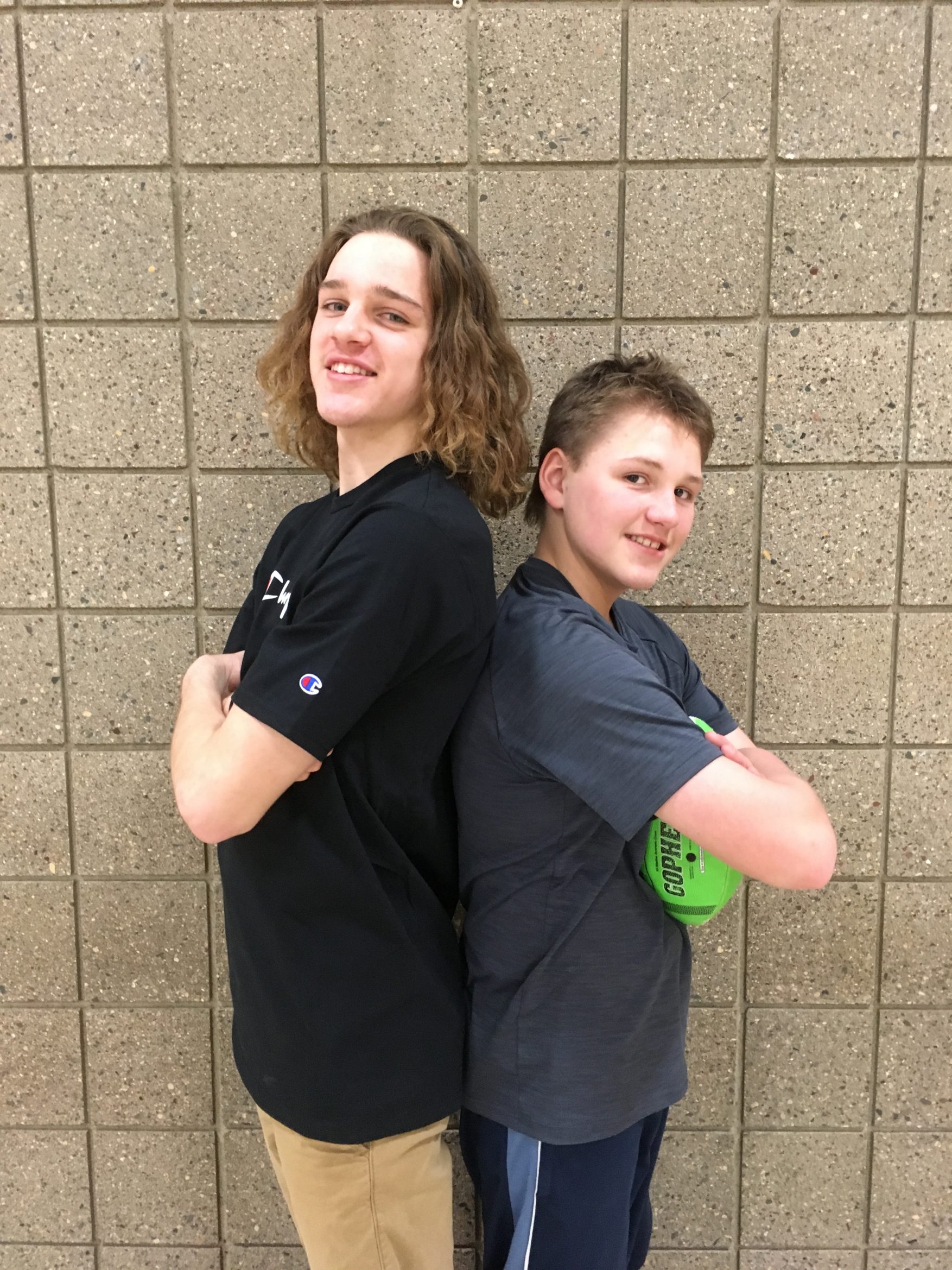 Big Brothers Big Sisters of Central Minnesota began a school-based mentoring program in Pierz during the fall of 2018. The program pairs elementary and middle school students with mentors who meet with them once a week, at their school. Adam “Bubba” Funk was one of the first high school students to sign up to be a mentor.

Adam was matched with his mentee/“Little Brother” Austin in November of 2018. Adam and Austin spend their weekly time together playing board and card games and going to the gym to play basketball, football, floor hockey, or soccer. Adam’s “Little Brother” Austin looks forward to their time together and says, “He likes almost all the same things I do.”

Since being matched, Adam has been a consistent and positive role model for his “Little Brother.” Until recently, Adam was the only High School Big Brother in the Pierz program. Through his involvement, Adam has inspired others to step up and become a mentor.

Big Brothers Big Sisters of Central Minnesota annually recognizes volunteers who go above and beyond in their role as a mentor. Adam “Bubba” Funk was selected as the agency’s 2020 High School Big Brother of the Year for the significant impact he’s had on his “Little” and his advocacy of the mentoring program.

Big Brothers Big Sisters Program Director, Ann Matvick, states, “We are honored to have exemplary volunteers like Adam represent our program. He’s had an extraordinary impact on his Little Brother and is a true asset to the Central Minnesota community.”